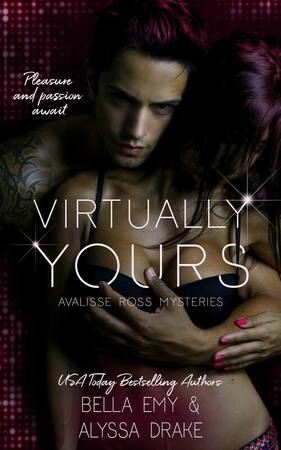 When Detective Ava Ross catches her fiancé in a compromising position, she decides it is time to take out the trash. Newly single and heartbroken, Ava’s best friend drags her to a private club, promising an intriguing new world of seduction; virtual reality. However, neither woman has any idea of the danger they have stepped into.
The discovery of a murdered socialite leads Detective Leo Alexander to the new club outside of town. The resemblances between this case and a previous one has him convinced a serial killer is responsible for the deaths of both women. However, Leo is worried, the killer has a favorite type, and they all look just like Ava.
Against Leo’s wishes, Ava volunteers to return to Virtually Yours to draw out the killer. Their plan works perfectly, except for one small hitch… how do you defend yourself when you are strapped to a chair?
A steamy, contemporary suspense romance novel that will propel you into the ultimate 21st century hook up. All the exciting pleasures and passions of an affair, without any of the brutal consequences.
Welcome to Virtually Yours. Are you ready to unleash your wildest fantasies? 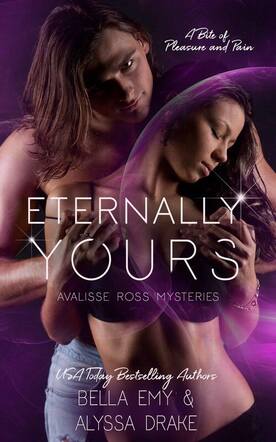 When the evidence points to a supernatural killer, Detective Avalisse Ross is sucked into a cat and mouse game with a murderer who may not be human…

Seeing is believing, and for Ava, the new “vampire” club in town, Eternally Yours, is a gimmick meant to drawn in suckers. However, the discovery of a body covered in bite marks forces her to admit the crime was perpetrated by a real-life monster.

Detective Leo Alexander had no desire to work with Mendsville’s Vampire Investigation Unit; a job he vehemently refused. When a second body appears, murdered in the exact manner as the first, he knows his police department isn’t equipped to deal with this new threat. Reluctantly, he turns to an old friend… Detective Astrid Knox.

Partnered with Astrid, Ava must rely her instincts to capture a faceless executioner, one whose murderous plot is deeply rooted in Eternally Yours. There’s a new killer in town… and this one bites.

The second book in the Avalisse Ross Mysteries series sinks deeper into the desperation of a murderer, enthralling the reader in the ultimate paranormal hookup. Sink your teeth into this steamy supernatural suspense.

One-click today and sample Eternally Yours! Will you offer up your neck?